Ekorain generates ornaments and spurious notes that complement your melodies. The speed and occurrence of these EKOS can be controlled via CC so that it can be sounding like a choir of gentle raindrops, or a flood of musical beauty. 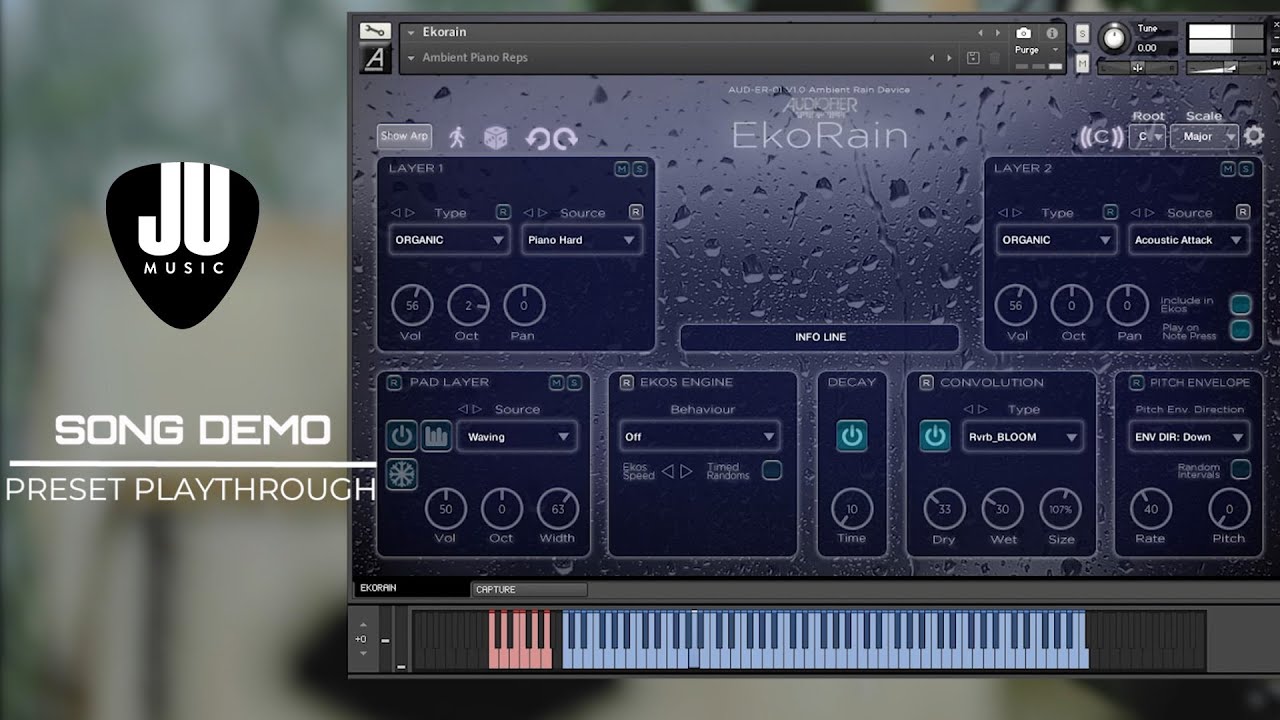 At the heart of Ekorain there are 2 Sound Sources Layers which will perform the generated EKOS. The sounds have been sampled mainly from acoustic instruments but also from analog/digital Synths which have been specifically selected in order to beautifully marry the more organic recordings.

The way the EKOS are generated and performed can be totally controlled by the user. The unique speed control via CC enables the user to manipulate in real time the amount and speed of the generated EKOS, producing gorgeous and unique effects of “time and space musicality.”

Ekorain includes the ever present Convolver with unique Impulse Responses which dramatically change the sounds characteristics.

Ekorain’s scale manager (with 4 user selected scales recallable via key switch) ensures that all generated Ekos, while following the intervals set by the user, will never be out of key.

Ekorain also includes a third layer which offers pad types of sound sources, which will complement the generated Ekos in specific music situations in which a thicker sound is required. Movement can be applied to the Pad Layer by turning on the Pad Step Volume, which includes Sequence presets and can also be randomised.

Ekorain sports an arpeggiator which can be used in conjunction with the Ekos effect. The arpeggiator includes all the usual suspect, but produces an exquisite aura of sound when the Ekos become embellishment of the arpeggiated notes at lower arpeggio rates.

All Ekorain’s generated notes can be captured and exported via Midi Drag & Drop so you can use them with a different instrument on a different track.

Be the first to review “Ekorain” Cancel reply