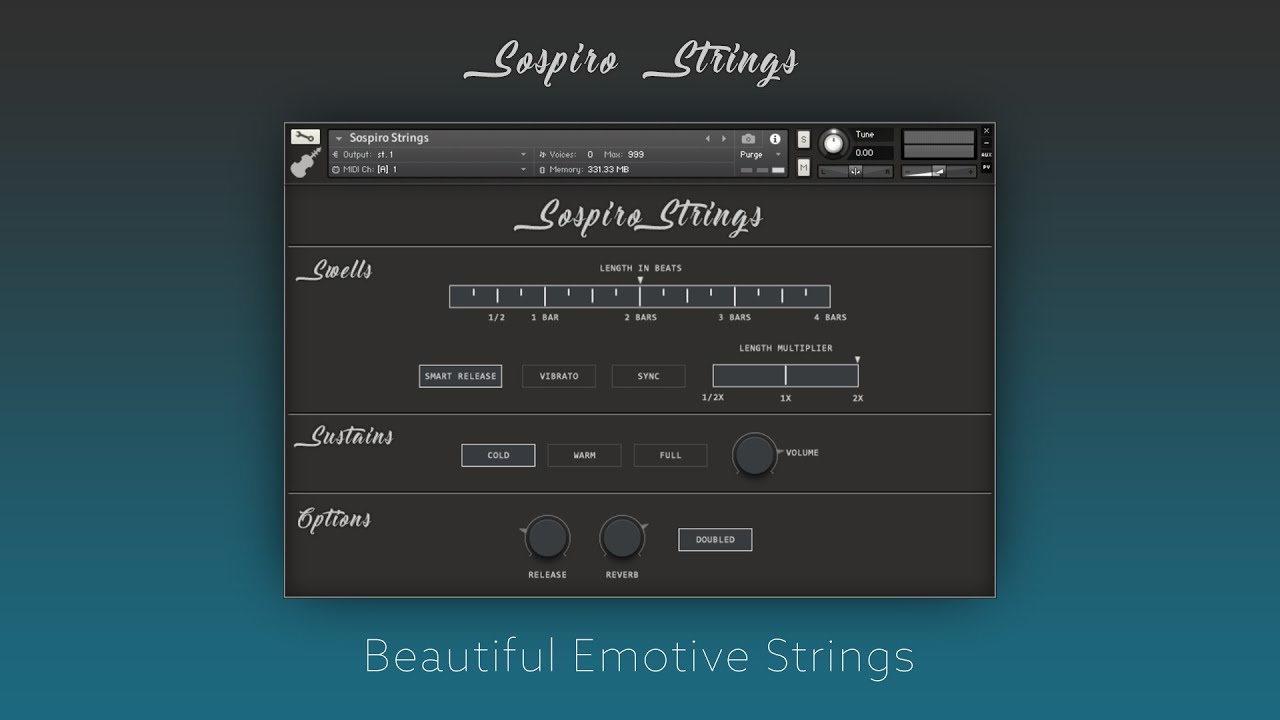 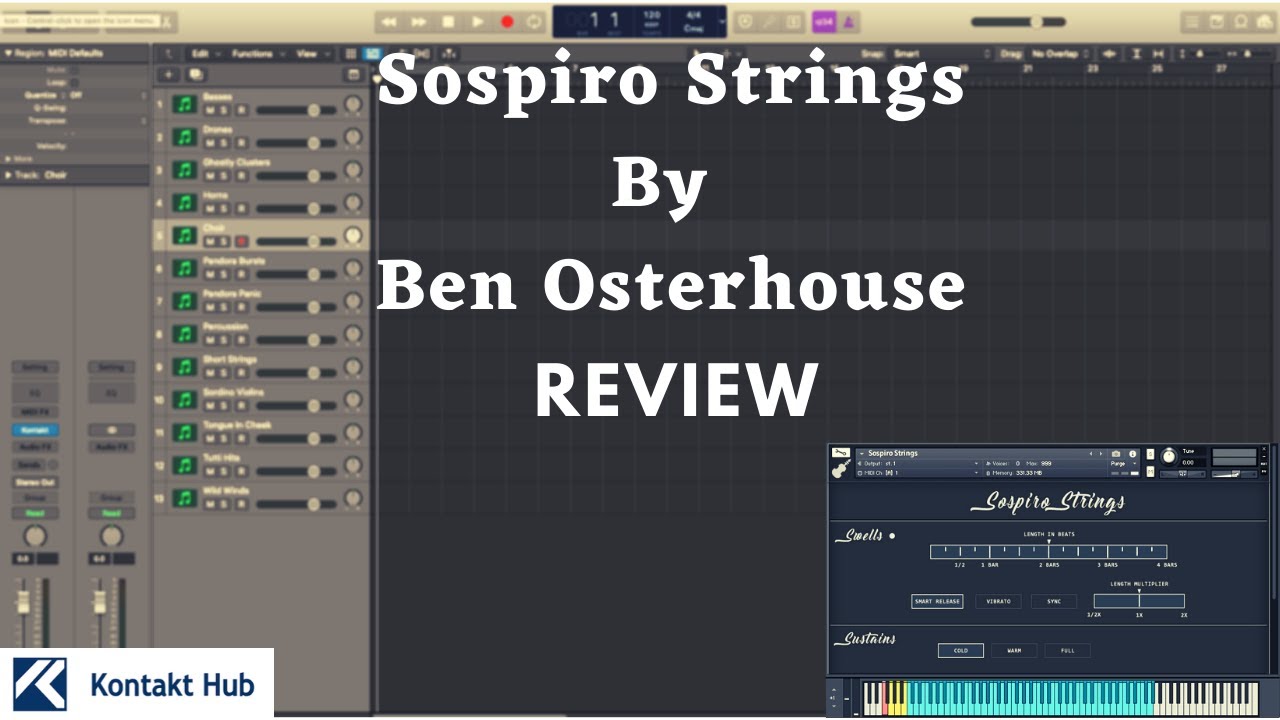 “Sospiro Strings” is a Kontakt library for creating slow, emotive strings. It features 4 different length swells and 3 sustained articulations on the following instruments:

There are separate nki’s for each individual instrument, and there is an nki with all instruments mixed together, to work as a simpler sketching tool, and also to save memory.

There are 2 varieties of Swells:

Each version, vibrato and non-vibrato has a single velocity layer.

Using the Length in Beats slider, you can choose the appropriate length, and the corresponding swell will be chosen and time-stretched if needed.

The Length Multiplier is useful if you have a project with a fast bpm and you want it to sound slow, or vice versa.

The Smart Release feature makes it so that however far into the crescendo-ing part of the sample you have held the note, it will jump that far from the end of the swell. This means that the longer you hold a note, the longer its release will be.

All of the swells can be either vibrato or non-vibrato. The vibrato adds warmth and individuality to the sound, but may be a bit over dramatic in some cases. The non-vibrato has a lot of clarity, and especially brings attention to change in tone as each instrument gets louder and softer.

The vibrato samples sound better or worse depending on how much they are being timed-stretched, which is why it is especially nice to have non-vibrato as an option.

The Sync feature is one of the most essential features: with Sync enabled, any notes you add or change in a chord will sync with the first note that was played.

There are 3 varieties of Sustains:

There is an option to double the sound, which layers two instances together and pans them slightly apart. This sounds better if you are only using one instrument by itself and only playing a few notes at a time.

If you are playing big chords and layering all 4 instruments together, the doubled feature tends to sound more generic and uninteresting.

Be the first to review “Sospiro Strings” Cancel reply