The Shakuhachi Flute was originally introduced from China into Japan in the 8th century and underwent a resurgence in the early Edo Period.

The shakuhachi is traditionally made of bamboo, but versions now exist in ABS and hardwoods. It was used by the monks of the Fuke school of Zen Buddhism in the practice of suizen.

It was also a favorite of film composer James Horner and used on countless of his film scores. 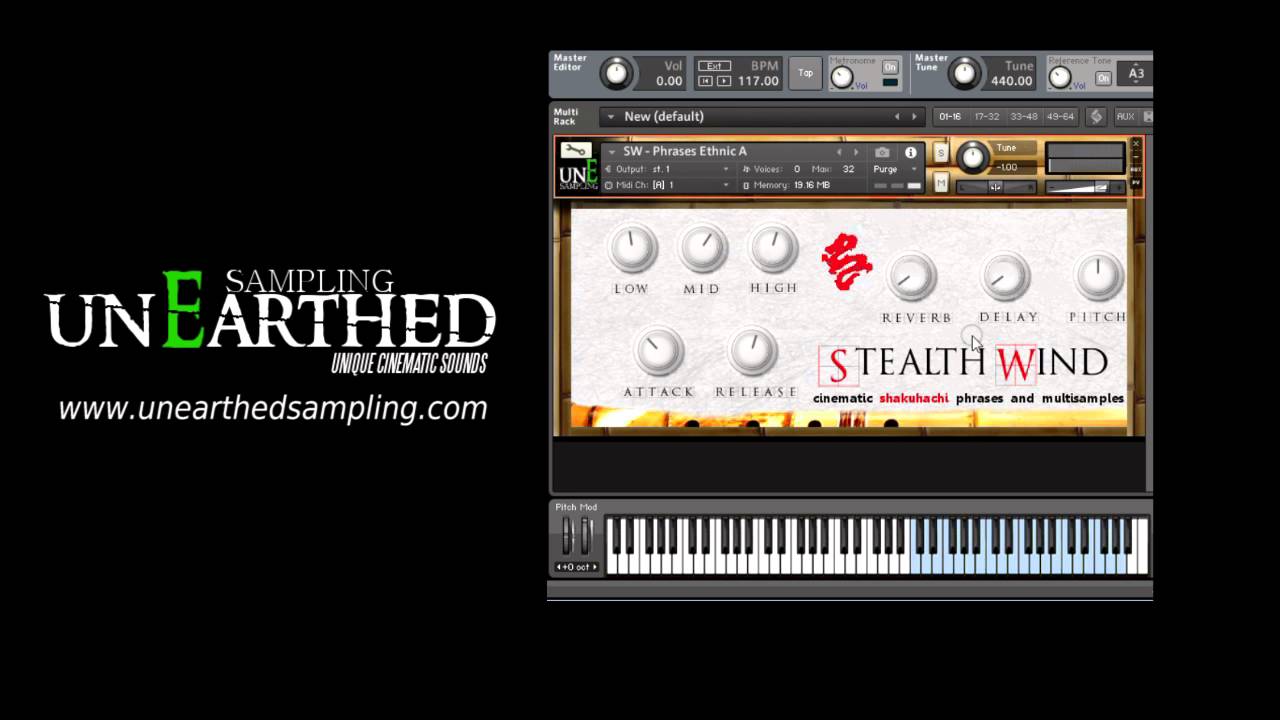 We even included a multisampled Taiko patch which serves as a nice bonus to tie everything together (said taiko appears in the second demo on soundcloud… “Ninjas in the Mist”.)

Let it be known that this library is NOT full of loads of legato articulations, but sets out to be more of an ethnic accent for your game and film scores.

This library was recorded by utilizing a couple of the most amazing Shakuhachi players we could find, Jon Johnston and Jonathan McCollum.

The end result from “the two jons” is a Kontakt instrument which will add cinematic ethno flare to just about any track.

Stealth Wind sets out to capture that “James Horner” cinematic shakuhachi vibe through the use of carefully selected / recorded phrases (both ethnic and cinematic) along with some craftily sampled multisampled staccatos and sustains.

While the main vibe of the sound is centered around stealth and sneaking ninjas, there are also quite a few ethnic phrases and motifs which are on the lighter and more traditional side of things.

Outside of the two separate cinematic phrase patches and two ethnic patches, there are also various staccato patches, a handful of low “Elephant Calls” which definitely ooze cinematic goodness, and “Enigma Calls” which, as the name suggests, stem from various re-recordings and takes of a certain Shakuhachi sample used extensively by the artist Enigma.

Be the first to review “Stealth Wind” Cancel reply