SEQUENCER ONE is a digital recreation of an 8-step CV/Gate sequencer classic: The rare SEQUENCER DRUM, produced by EHX during the early eighties. It’s a little silver, black and green metal box with only one single square analogue oscillator, eight steps and a few simple controls for pitch, decay and speed rate.

It was originally named SEQUENCER DRUM because it had to be triggered/started with the hit of a drumstick on its trigger pad.

Sequencer One by Soundtrax 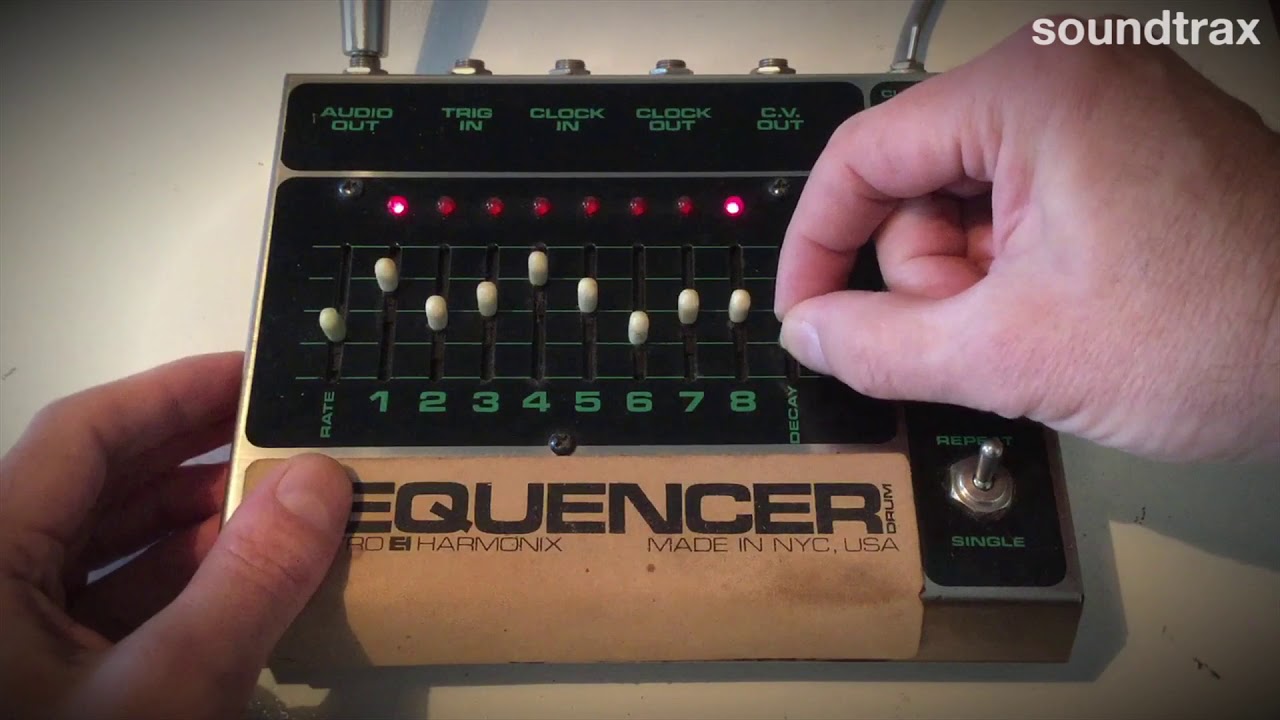 At first sight, the SEQUENCER DRUM looked much like a toy instrument, whereas it was in fact capable of producing complex percussive synth patterns, deep bass sounds and wild roaming arpeggios. Its tonal range spread over eight octaves, and it sounded amazing.

Now, over 35 years later, we’re bringing this little box back to life as a soft Kontakt synth. We changed its name to SEQUENCER ONE (because you don’t really need a drumstick anymore) and added some cool and useful features, all the while keeping its original minimalistic approach and iconic sound.

The SEQUENCER ONE is played just like the original: Switch it on, hit (or rather click) on the trigger pad, move each of the eight pitch faders and enjoy the ravenous beauty of a regal sequence of raw analogue square waves. Or if you need more options, use the two additional sawtooth and noise VCOs, the filters, the LFOs, or the six onboard effects.

On the original it is impossible to adjust the sequencer steps precisely to specific pitches, but in our new improved synth it is tonally possible to reduce its tonal range down to two octaves in order to create melodic patterns.

Be the first to review “Sequencer One” Cancel reply